John Egan was born in 1903 in the townland of Ardleybeg, Ballintogher, Co. Sligo.  He had four brothers and three sisters.  His mother was Ann Callaghan from Coolbock, Riverstown.

He started playing the flute at home at a young age and with some of his brothers he was involved in the Sooey Fife and Drum Band.  Young people and visiting musicians would congregate in neighbours’ houses a few nights each week where music would be played, songs sung, sets, schottisches, barndances and the occasional waltz would be danced.

John spent a lot of his youth in Callaghan’s of Coolbock.  He learned his first tunes from Andy and James Doyle (father and son), flute players from Lackagh, Drumfin, Co. Sligo.  At that time he also met and played with Brian Looby and John Joe Gardiner, flute players from Corhubber, Ballymote.  This was where John acquired his initial store of music.  At this time he also learned to play the fiddle.

He left Sligo in his early twenties to work on the railway in Donegal and later in London.  He married Mary Reynolds from Donegal and they had seven children – five girls and two boys.   He returned to Dublin in 1937 and worked in Murphy’s Pub.  He joined the Piper’s Club in Dublin and there he met and played with Kathleen Harrington, Pat O’Brien, John Brennan, Bill Davis and John Stenson from Sligo.  He also played with Tom and Joe Liddy and Tim and John Mulligan from Leitrim.

He was  a member of the Kincora Band.  This group produced an LP with rare recordings in the Sligo / Leitrim style of music.  On the LP there is a mix of the Kincora Céili Band, the Gardiner Trio and the ‘Belhavel Trio.

In 1952 John and other musical friends established the St. Mary’s Traditional Music Club in Church Street.  Later the group moved to another venue in Dublin, Brú na  nGael in North Great George’s Street.  This venue could accommodate up to one hundred people with room for musicians,  singers and dancers.  Sessions were held there every Wednesday night until the time of John’s death on the 10th January 1989. 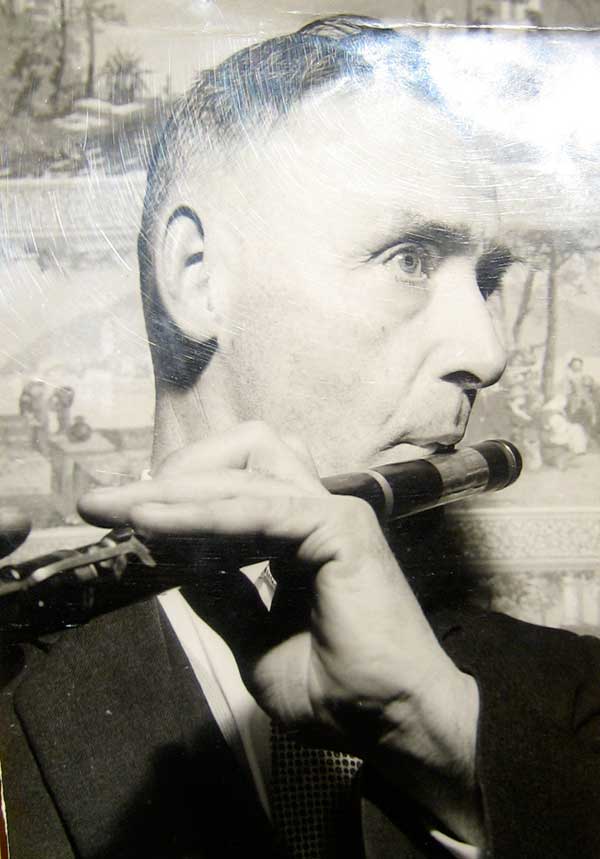